In 2016, the Division of Intramural Research (DIR) established an Adjunct Professor program to increase DIR's collaboration with investigators from other intramural programs of the NIH Institutes and Centers (ICs). Through this program, we aim to increase NIH-wide health disparities research and promote biomedical research workforce diversity. Adjunct Investigators maintain their primary appointment with their home IC and hold an adjunct appointment with NIMHD DIR. They receive support for health disparities research and mentoring of underrepresented trainees in their laboratories. 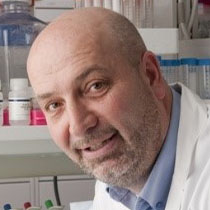 Dr. Ambs is a Senior Investigator in the Laboratory of Human Carcinogenesis at the NCI Center for Cancer Research. Dr. Stefan Ambs obtained his doctorate degree at the Institute of Toxicology, University of Wuerzburg, Germany, and trained as a Postdoctoral Fellow at the Laboratory of Human Carcinogenesis, National Cancer Institute, Bethesda, Maryland. He continued his research at a biotechnology company in California and at the Aventis Genomics Center in Cambridge, Massachusetts. Dr. Ambs joined the NCI as a tenure-track investigator in November of 2001. He became a tenured Senior Investigator in 2010. His group is studying common genetic variations in genes of cancer-related pathways (e.g., the inflammation pathway), and examining how these variations influence cancer risk in the context of ethnicity and/or exposure to environmental risk factors. His group seeks to identify the racial/ethnic differences in tumor biology that may either influence the presentation of the disease (e.g., causing a more aggressive disease among African American patients), or responses to therapy (e.g., causing an inferior response among African American patients). 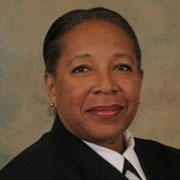 Dr. Evans is the Deputy Scientific Director, Senior Investigator and Chief of Disparities Research Section, Laboratory of Epidemiology and Population Sciences at NIA. She was appointed as an Adjunct Investigator in FY16. Dr. Evans is a board-certified internist and medical oncologist. Dr. Evans is the Principal Investigator of the Healthy Aging in Neighborhoods of Diversity Across the Life Span (HANDLS) study, a cohort study of 3,720 community-dwelling African American and white adults aged 30-64 that sampled a wide range of socioeconomic status individuals in Baltimore, MD. Her research interests include investigating the role of oxidative stress in accelerated aging and populations at risk for health disparities. 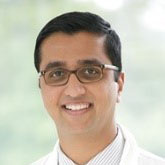 Dr. Gourh was appointed as an Assistant Clinical Investigator with NIAMS in 2019 and is also an attending physician on the NIH Rheumatology Consultation Service. Dr. Gourh is a board-certified rheumatologist with a long-standing interest in scleroderma. After receiving his medical degree in India, he completed postdoctoral research in genetics and then joined the faculty at the McGovern Medical School at The University of Texas Health Science Center at Houston, where he became Assistant Professor of Medicine. Dr Gourh completed his medical training at Houston followed by an adult rheumatology fellowship at the National Institute of Arthritis and Musculoskeletal and Skin Diseases, and then became a Henry Metzger Scholar in Translational Medicine at NIAMS. He directs a translational research program focused on understanding the genetics of both pediatric and adult scleroderma, biomarker discovery, and disease classification. He is investigating health disparities related to the genetics of scleroderma in African Americans and has formed a multi-center collaboration to perform whole exome sequencing and genome wide association studies involving the largest cohort of African American scleroderma patients. 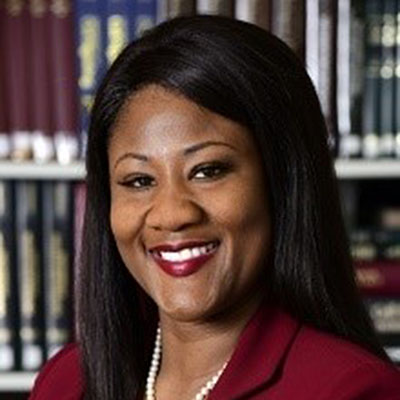 Dr. Jackson joined the NIEHS Epidemiology Branch as a Stadtman Tenure Track Investigator in 2017. She is a doctorate in cardiovascular epidemiology from The Johns Hopkins University Bloomberg School of Public Health. She conducted epidemiologic research as an Alonzo Smythe Yerby postdoctoral fellow at the Harvard T.H. Chan School of Public Health and has been a Research Associate at the Harvard Catalyst Clinical and Translational Science Center. Dr. Jackson investigates how the physical and social environments influence racial, ethnic and socioeconomic disparities in health outcomes, with an emphasis on exploring sleep as a mediator of these effects. Dr. Jackson’s research goals are to: 1) Investigate modifiable upstream factors in the physical and social environment that contribute to health inequities; and 2) Identify downstream social, behavioral and biological pathways leading to health inequities. Dr. Jackson has a particular interest in how race plays a part in the interaction of physical and social environment, and suboptimal sleep with cardiometabolic dysfunction outcomes. 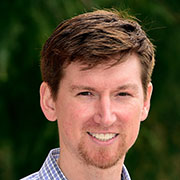 Kyle Messier, Ph.D., is an Earl Stadtman Tenure-Track Investigator, jointly supported by NIMHD and NIEHS/NTP. Dr. Messier’s research is unique at NIEHS/NTP as he utilizes spatiotemporal models to evaluate environmental and human health relationships. Dr. Messier, along with research fellows in the Spatiotemporal Health Analytics Group, are using these approaches to evaluate factors driving environmental, socioeconomic, and racial disparities of pollution exposures and disease outcomes. Dr. Messier received a B.S. in Environmental Studies from the University of North Carolina at Asheville and a M.S. and Ph.D. from the University of North Carolina at Chapel Hill. 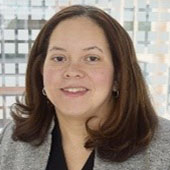 Since 2017, Dr. Powell-Wiley has been a Stadtman Tenure Track Investigator in the Cardiovascular Branch of the Division of Intramural Research of the National Heart, Lung, and Blood Institute (NHLBI) and the Division of Intramural Research of NIMHD. She directs the Social Determinants of Obesity and Cardiovascular Risk Lab at NHLBI. She graduated from Duke University School of Medicine and completed her master’s degree in Public Health with a concentration in Epidemiology at the University of North Carolina at Chapel Hill. She completed an internal medicine residency at Brigham and Women's Hospital in Boston, Massachusetts and cardiology fellowship at the University of Texas Southwestern Medical Center (UTSW) in Dallas, Texas. Her research program has three goals. The first goal is to leverage community-based participatory research principles and epidemiologic methods to identify mobile health technology tools and intervention targets for improving cardiovascular health for populations living in resource-limited neighborhood environments. The second goal is to translate observational study findings into technology-enabled health behavior interventions and accounting for environmental barriers to healthy living for these at-risk populations. The third goal is to identify and characterize physiologic pathways influenced by chronic stress associated with living in adverse neighborhood conditions that contribute to cardiovascular health disparities.

Dr. Sumner is a Senior Investigator and Chief of the Section on Ethnicity and Health, Diabetes, Endocrinology, and Obesity Branch of NIDDK. She completed medical school at the University of Pennsylvania School of Medicine, an internal medicine residency at Reading Hospital and Medical Center, and nutrition and endocrinology fellowships at the University of Pennsylvania and Medical College of Pennsylvania. Her research aims to design screening tests and early interventions to decrease the impact of the diabetes and heart disease in African descent populations worldwide. Her research determined that triglyceride-based screening tests failed to detect early cardiometabolic disease in African Americans and African immigrants to the United States, thus, missing important opportunities to intervene and delay or prevent diabetes. Her team continues to investigate the best screening tests for cardiometabolic disease in African descent populations. Dr. Sumner is the founder of the Rwanda Fellowship Program for clinician researchers that is co-funded by the NIMHD DIR. 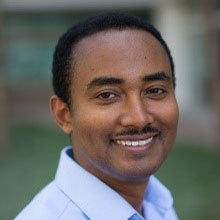 Dr. Tekola-Ayele is a Stadtman Tenure Track Investigator in the NICHD Epidemiology Branch of the Division of Intramural Population Health Research. He was appointed as an Adjunct Investigator in FY16. His lab employs genetic-epidemiology approaches integrating genomic and environmental data to investigate genetic influences in early growth, cardiometabolic diseases and health disparities. For example, using genome-wide data from a longitudinal cohort of ancestrally diverse individuals in the NICHD Fetal Growth Studies cohort, he studies genetic mechanisms in longitudinal fetal growth variations and related maternal cardiometabolic traits, and the role of genetic ancestry for observed disparities in fetal growth among diverse ancestral populations.